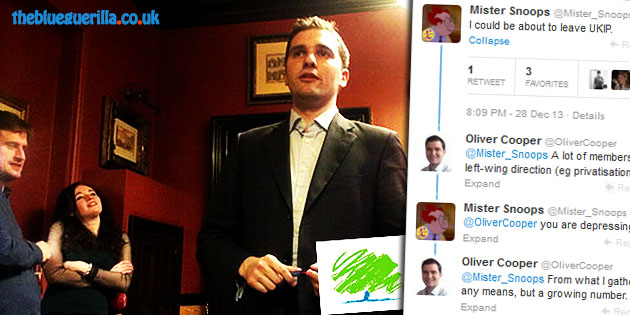 TORY YOUTH Leader Oliver Cooper has been hard at work tonight sensationally turning UKIP members away from their party, TBG can reveal.

The Conservative Future (CF) Chairman, who leads the largest political youth movement in the UK, told a member on Twitter that a growing number of UKIP members were left-wing and the party was moving "leftward, in a left-wing direction."

To which a UKIP member replied - "You are depressingly accurate. I could be about to leave UKIP."

One person said they "may" leave and you think that's sensationally turning UKIPpers away from the party? The bar is really low in the Tories!