UKIP Quids In After Tycoon Promises To Bankroll Party. 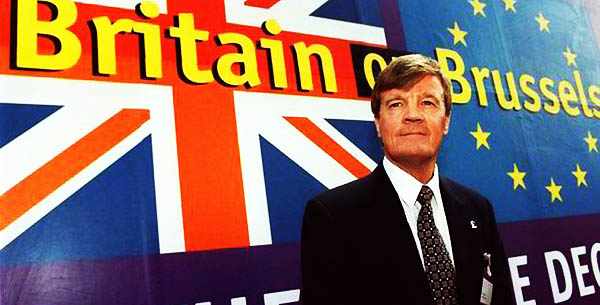 UKIP received a huge backing yesterday when a business tycoon who has vowed to do "whatever it takes" to help UKIP win the European elections and promised to bankroll the party for the 2014 European and Local Elections campaign.

Whilst latest figures released by the Electoral Commission show that UKIP received just £113,326 in donations from July to September, tbg can reveal that Sykes has deep pockets when it comes to backing the party.

Sykes was also a backer of the Conservatives under Margaret Thatcher in the 1980s but broke with the party in 1991 over John Major’s stance on the Maastricht Treaty.

In an article for yesterdays Daily Express Mr Sykes says that the European Elections next May will be the most important in his lifetime and pledges that he will do - "Whatever it takes to get Britain out of the EU".

Hopefully this will allow UKIP to get the message to as many people as possible. LibLabCon have all failed