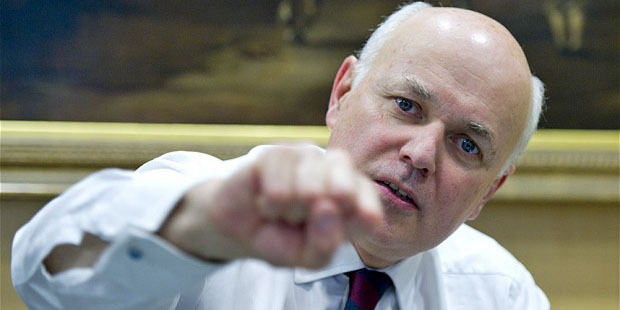 The pressure is again piling on Iain Duncan Smith today as regards the Universal Credit Fiasco at the D.W.P.

With the man himself failing to budge in the recent re-shuffle the latest blame has instead fell upon his permanent secretary Robert Devereux.

A fresh report this time by the influential Public Accounts Committee will today blast alarmingly "weak management" which has seen the new benefit delayed and up to £140 Million wasted.

Despite I.D.S. Saying he has "every confidence" in Devereux, tbg understands that Chancellor George Osborne does not have the same level of confidence in Iain Duncan Smith and wants him sacked a.s.a.p.