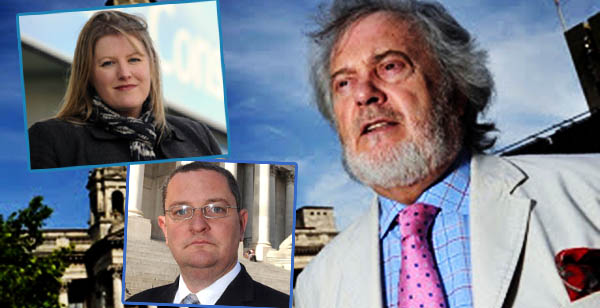 Portsmouth City Council have allegedly ignored legal advice and have paid thousands in local taxes, because of a decision to wait until the outcome of Mike Hancock's civil case. The shambles has been slammed by local Conservative Party Councillor Luke Stubbs and Tory Group Leader Donna Jones, labelling it as the "worst decision" she's witnessed, tbg can reveal.

It's also recently been revealed by local Tories that Hancock tabled a written question at Westminster on July 15th about the impact of government cuts to legal aid for people seeking "judicial reviews".

Tory Councillor Luke Stubbs released this statement exclusively to tbg - "Hancock’s got what he needed with the suspension of the council investigation, which is as good as dead now. The LibDem majority on the committee has said in effect that they will go with the result of the civil action. If that goes against him then it’s all over for Hancock anyway, but if it goes his way then the council action will be dropped. This is not how things are supposed to work.

"We don’t yet know whether there will be a judicial review, but his question does seem ironic given the circumstances. I’d like to know what answer he got."

Tory Group Leader Donna Jones exclusively told tbg - "I'm deeply disappointed that the hearing sub-committee which I chaired decided to 'postpone' the decision & sanctions concerning Cllr Hancock. I think the council has done wrong by the alleged victim and also Cllr Hancock, who now has this hanging around his neck potentially for another 9 months.

"This is one of the worst decisions I have been party to since being elected in 2008.

"In September 2013, the same sub-committee accepted the findings of an experienced QC, Nigel Pascoe who concluded that Cllr Mike Hancock was guilty of sexual assault & bullying behaviour against a vulnerable adult whilst acting in his capacity as a Liberal Democrat Cllr & cabinet member at Portsmouth City Council.

"Further more, I believe the leader of the council, Cllr Gerald Vernon-Jackson is acting in an overtly political way by not suspending Cllr Hancock once Nigel Pascoe QC's report was officially 'adopted' by the council.

"All Cllrs have a duty to protect vulnerable adults, Cllr Vernon-Jackson is falling short of his statutory responsibilities.

"I have expressed my serious concerns to the councils monitoring officer."