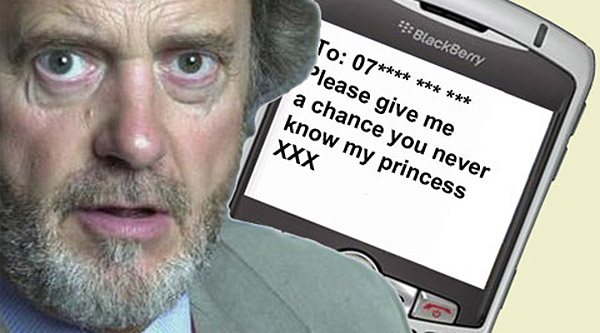 TBG can exclusively reveal that the legal team acting for the vulnerable adult whom was allegedly sexually assaulted by Mike Hancock MP are set to take Portsmouth City Council to court within weeks.

tbg understands that the complainant will seek a judicial review of Portsmouth City Council's decision not to take any immediate action against the Portsmouth South MP, after a committee sensationally adjourned the matter until after a High Court case that might not even begin before next September.

tbg can also reveal that the parties involved in the Mike Hancock alleged sexual assault case are to meet up at the High Court in London on December 16th.

Tory Group Leader of Portsmouth City Council, Donna Jones, is still fuming that action against Hancock has not been taken telling tbg - "I am extremely disappointing that a full hearing has not gone ahead."

"It's disappointing firstly because, as a council, we have a statutory duty to protect vulnerable adults and secondly because Nigel Pascoe QC has met with her on two occasions and concluded that a sexual assault did take place" - said Jones.

Despite this the Liberal Democrats Leader of the Council, Gerald Vernon Jackson, continues to stand by his man and in spite of ignoring pleas for an interview with tbg, he instead told the Portsmouth News:

"Has anything changed? As far as I can see, nothing has!"

"There has been a complaint, and the committee has decided to come to a conclusion, but only after the court case."

Gerald Vernon-Jackson has taken a huge gamble, backing Hancock surely means that if found guilty he'll have to go down with him.

Once again, terrible grammar. I strongly suggest you ask someone to check your 'articles' before you publish them.

It wouldn't surprise me if this is all complete rubbish and you've produced the article simply to get a few more views on your website.

Well I'm so glad that this has told me absolutely nothing new. Plenty of assumptions and vendettas though so GREAT reporting there.