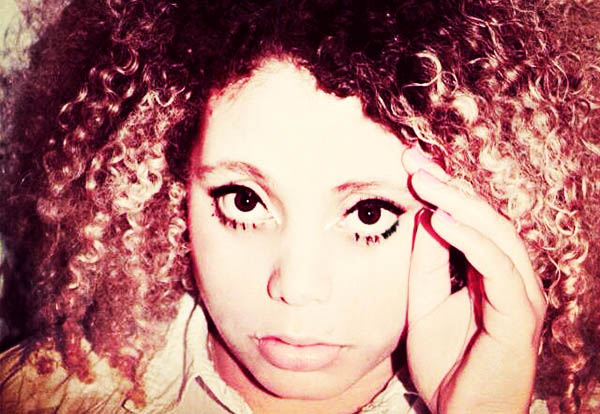 The victory came at the expense of the National Deputy Chair' of the Tory Youth Wing, Sarah-Jane Sewell.

The exact result is still unclear, but the returning officer told tbg the margin was high.

An anonymous CF source close to King said - "Our branch at Royal Holloway has been almost inactive for a year, since it was formed. We waited for Sarah-Jane to ratify the society with the students' union for year, and now we don't even have enough members to be fully active.

"Hopefully, with Antonia as chairwoman, we can progress and form a stable Conservative association."

Shaun Butler was elected the Deputy Chairman at Royal Holloway despite fierce competition from around five other candidates, approx' 50% of the electorate.

SJS really is becoming a joke, she can't even win at her own uni thanks to her leftist ways. Surely now she has to get out of CF altogether!

SAYS IT ALL - her former best friend and ex-boyfriend are now in charge of the branch she suppsoedly set up lsat year? SHE IS A JOKE

SJS was a divisive & nasty figure in the national CF elections, a self seeking girl who's got more in common with Clegg than Thatcher.
Isn't it time for CF to grow up? The organisation would have been better off with Homes & Argyle, who would have run a stable, credible and openly Tory CF.
SJS should go and go now!

Having been in the room myself, I can confirm that this information is incorrect.
The first vote resulted in a tie, with the second resulting in a (probably marginal - by one vote) victory for Antonia.

I have a strong opinion on the result, but I don't think it appropriate to share it here; suffice to say, I am a member of RULCA no more. Though not elected this year, SJS indeed put the lion's share of the work into building the society from the ground up last year, and it would no doubt be but a figment of thought had she not dedicated her efforts towards it. It would be criminal for me not to thank her for such a feat (especially in such a left-dominated university).

Regardless, I wish Antonia all the best in running RHULCA, and I was glad to be a part of the organisation while it was getting off the ground last year.

@ Anon 11:06, I had a slight feeling my comment might be mistaken for one of SJ's own, and I must empasise that I am not her (I suppose you'll just have to take the word of an anonymous internet commenter for it!). I was merely a strong supporter of hers at the election.

Oh please, SJS has ruined her reputation with CF to the point that even her own branch don't want her, seriously get a clue SJ you've been a complete bitch to the point that your friends no longer stand by you, your peers don't trust you and anyone else can't be bothered with you.

AJ - creating a con-lab coalition and facilitating smear campaigns under Tousis manipulation since 2013.

I was at the election and Antonia was telling people not to vote for Sarah-Jane and Max. She will undo all of the hard work that Sarah-Jane and Max did to put Royal Holloway on the Conservative map. I will now be resigning my membership.

Isn't Antonia a member of the RHUL Left Forum?

Not a member of RHUL left forum, they've hosted a few events she went to including the Poppy debate where SJ spoke.

I'm also resigning my membership now that bimbo is president. She's not a real tory. Go back to your lefty hole we don't want you.

Oh joy, more career politicians.
A self made man who worships their creator.

FYI before I start, both AJ and SJS attend the odd left forum meeting. It's not the labour party, it's a debate platform. Just to clear that up.

As a RHULCA member, let me just explain something. Had any of considered how incredibly busy SJS is with everything else she does for the party? She will continue to be an active member, but had she been elected, she would have been forced to decide between university events with the RHULCA and events tied to her national duties. As well as these, she already has the responsibility of being one of our SU's officers, again eating up at her time. The vote is nothing to do with whether we like SJS or not (we do; were it not for her, our CA would not exist. Simple as that.) The reason Antonia won is because she can dedicate far more of her time to this. We want SJS to be able to spend her time making CF better for all of us, rather than the select few at RHUL. How about instead of bickering and bitching about various CF members, you guys follow that example. Accept that maybe you didn't get your way at the last election, but that's how things go. SJS does a fab job, and the RHULCA are proud to have her involved with our society. Instead of complaining that she's not doing things the way you'd want, get more involved. It's very easy to sit here and complain about her, but how about you actually talk to her?
AJ, good luck with the next year. I'm excited to see what plans you've got. SJS, ditto.

I'm not joining the society now after aj's behaviour, it's embarrassing and a disgrace to both the students union and to the conservative party. My mother is a councillor and she could not believe the way this impertinent girl is acting.
Sarah-Jane should have won, she built this society, no one else.

SJ if you spent less time writing fake comments to try and repair your reputation and actually did something more worth while, people might actually have more respect for you.

blah blah blah no one gives a shit.

Actually AJ has done more for RHULCA than SJ ever did.
Last year SJ failed to try and get RHULCA ratified (basically she didn't even try; many asked her if she needed help or can we go ahead and try but she kept saying she was 'sorting it') This lead to the embarrassment of RHULCA having to set up and attract new members on a bench outside the SU at the Freshers Fayre instead of inside where every other society was.
SJ pushed everyone who was interested in seeing the society getting set up away; this vote is no surprise.
I'm excited to see what AJ does with the society.

Now who do we approach to challenge her in her own branch back home? I hear that it was a particularly brutal establishment of a branch. Must be someone willing to stand. That's if they've not all fled.
When was the last time they held a meeting anyway? Keep up the good work.

"Our branch at Royal Holloway has been almost inactive for a year, since it was formed." This is just the same as the branch she set up (single-handedly by all accounts! Haha) where she comes from. Haven't met in donkeys. Who are the other members? Can't TBG sensationally uncover whether her own branch members support her candidacy?

No one other than the member of SAC knows whether the margin of victory was high. This is ridiculous and sums up students in politics.

As said person, I did not comment to 'tbg' so please stop posting nonsense for the sake of internet buzz and stirring the pot.