Splits on Free Schools as Clegg Gets Stroppy. 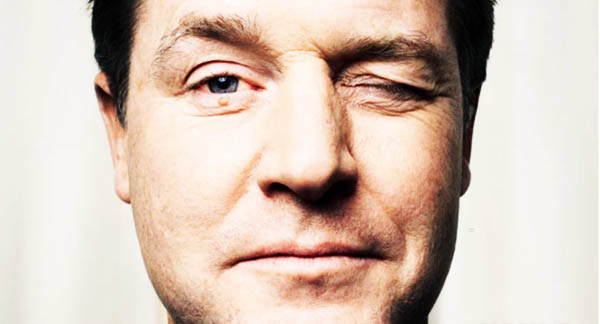 Rumour has it that poor Cleggers is getting all stroppy again and it's all down to the government's Free Schools policy.

Sources in the Lib Dems say Clegg is due to make a speech this week that will set out clear dividing lines between the Conservatives and the Lib Dems.

One spokesman even said that Clegg had been recently causing Cabinet tensions on the issue.

tbg thinks that it marks the beginning of the 2015 General Election Campaign as David Cameron seeks to win the first Conservative outright majority since 1992.

Whilst Cleggers is trying to do a little early electioneering by kicking up a stink over free schools tbg can reveal that only last Thursday the Lib Dems Schools Minister David Laws was defending them.

Ironically, Laws comes from the same County of Jeremy Browne who was linked with a move to the Conservatives on Friday.

And, whilst Taunton Deane MP Browne has, tbg understands, been on Grant Shapps contact list as regards a possible pre-election defection, tbg can also confirm that Yeovil MP Laws was himself the target of a similar possible defection in 2008.

Just days after changing policy by showing support for Free Schools tbg can also reveal that it's now Labour's turn to be flip flopping.

Sources say a spokesman for Ed Miliband told the BBC that if Nick Clegg is serious about opposing unqualified teachers working in free schools then they should "work in dialogue" together.

Clegg has since dismissed the offer saying that his opinions are personal misgivings.