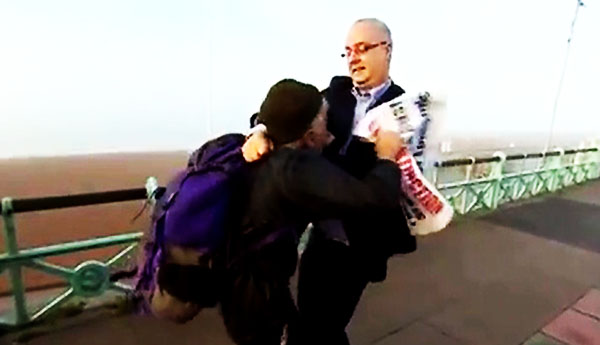 TBG's roving reporter at Labour Conference in Brighton can reveal that former Tory election candidate and journalist Iain Dale has been questioned today by Sussex Police.

It follows an altercation involving one man, his dog and a Damian McBride protestor yesterday. tbg understands that Dale has to report back to police here in Brighton tomorrow.

UPDATE: The former Tory Candidate Iain Dale has today been given a formal caution by Sussex Police following his altercation with protestor Stuart Holmes earlier this week here in Brighton.

The Tory Blogger says that he has 'no regrets' for stepping in to protect his author on Brighton sea front during an interview between ITV Daybreak and Damian McBride.