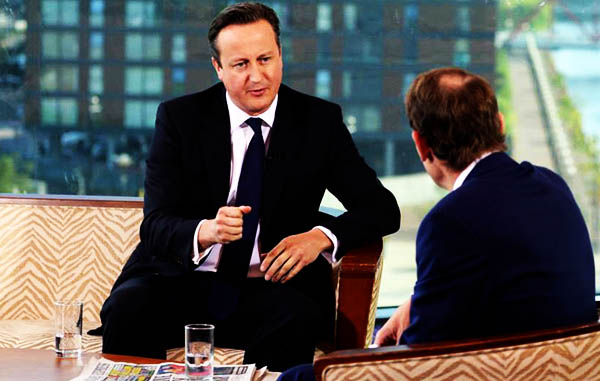 David Cameron has today spelt out his mission between now and the 2015 General Election: Winning an Outright Majority.

Speaking on the BBC's Andrew Marr Show the Prime Minister made it clearer than ever before that he wants his own mandate.

The Prime Minister also made it clear that the only way Britain's would get a say on the E.U way with a majority Conservative Government.

Mr Cameron said that he believed in higher living standards and lower taxes and dismissed Labour's pledge to freeze energy bills as "nuts".

Is miss jasmine at cpc13? She could make things happen! Isn't that why UKIP are so keen to poach her?