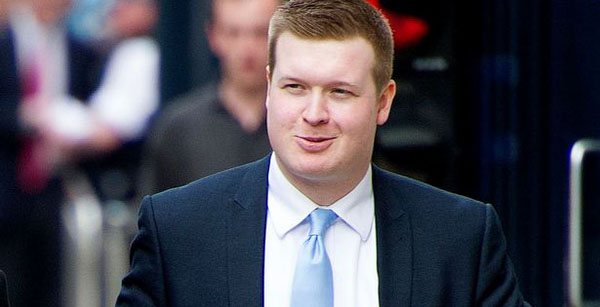 RUMOURS have been circulating about Witney Tory Youth Chairman Liam Walker potentially throwing his hat into the ring to become the next Conservative Future (CF) National Chairman, tbg can reveal.

One CF'er came forward to tbg and sensationally revealed - "I overheard Witney CF Chairman Liam Walker speak about the current disputes within the ranks of CF. Whilst he did to be fair to him express his support for the current CF Chairman he did say that CF needs a little more motivation and a little less bickering. He mentioned how CF over the past months doesn't seem to have moved forward and with the road to 2015 getting shorter CF needs to act now to help secure a majority in 2015.

"The next CF election is certainly going to be one big cat fight!"

However, Mr Walker has denied this to tbg but said he may well fight a national bid after 2015.

Walker revealed - "Not quite my plan at the moment. I am concentrating more on helping David Cameron win here in Witney and Nicola Blackwood in my nearest target seat Abingdon.

"Perhaps after 2015 if the right team were to present themselves then it's certainly an option I would look at."

In which case it is under Cooper's direction. Beware her tactics, their his but with distracting femininity.

Convicted thief and bully for Conservative Future National
Chairman!!! Really? What has the Tory Party done to deserve this? I could bet my last penny it will never happen. Liam Walker is history.

Nara is quite a hottie and I like looking at all the pictures she tweets of herself. Love to sir!

Sod CF, give me her any day of the week.

Can people please put their names so that Nara does not get accused of comments she has not written. Just one thing, Liam, we all know you and your friends how you hide behind various social site names, in my 25 years in politics, I have never come across a bunch of losers like you lot who resort to bullying. By the way my name is Niina Strobel, stood for European Parliament in 2009 under maiden name Kaariniemi, now am Representative for Indonesia as live in Jakarta.

We should just get rid of Conservative Future.

Bring these egos to reality...

The chairman will be a northerner. We need a leader with true grit and determination. A no-nonsense talker who will say it as it is.

@northerngodfather how about Levy or Crozier for National Chair? They're doing great jobs in the North

Crozier is too young in my view. Never met Levy but hear his name a lot, he could be a possibility.