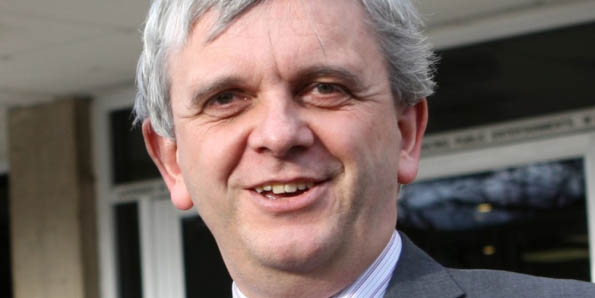 CRAWLEY has had another shock political resignation today as Tory Council Leader Bob Lanzer has sensationally stepped down from his role, tbg can reveal.

Lanzer recently faced a Tory HQ and police probe over harassment accusations by council colleague, Karl Williamson, who has since quit the Tory Party and joined UKIP.

TBG revealed earlier this week a report by former Crawley Deputy & current Acting Tory Association Chairman about councillors conduct during a Full Council Meeting in Crawley. tbg can today exclusively reveal Lanzer's response to the controversial report made in April.

In emails seen by this website, Lanzer said - "In terms of comments about which councillors did and did not defend certain positions (e.g. spare room subsidy), there will only be a limited number of members who can because of time constraints. Not all members who indicate will be called.

"That said, there are members of the group who might appear not to have the capacity to make that kind of contribution.

"Everyone brings different strengths to the table whether it be campaigning, debate or an assiduous approach to ward and community work.

"I have worked with a number of Borough and District Conservative Groups in England through LGID (Local Government Improvement and Development) and they all have weaknesses just as we do, but we can always do better."

In a statement released this morning regards his resignation, Councillor Lanzer said: "Recent events may have distracted from the good work of the council, which is contrary to my purpose.

"These events of the past few months have caused me some stress and moved the focus from providing quality services for Crawley residents to disputes between individuals.

"Now that the police and party investigations against me have ended without any charges, cautions or suspensions respectively, this is the right time to stand down and allow the council to move forward under a new Leader."

Party investigations were only dropped because Lee Gilroy and Karl Williamson have been bullied out of the party. And because mine was the original and only complaint left because I'm just an activist party member and party voter they deemed as something that doesn't need to be taken any further. The whole thing is a cover up. Rightfully any party will protect itself from harm but from corruption to that's wrong very wrong.
From the councillors point of view this blind defence is about nothing more than money. Thousands can be lost or gained at a stroke thru promotion or demotion so for that reason they chose to support Bob. They made a bad choice.
I'd like everyone to reflect on the fact that if people had followed what Henry and area wanted in the first place and that is for bob to stand down and with my press release he could have gone with dignity and all this damage could have been avoided.
But he didn't greed and an obsession with power took over because in the real world it's difficult to get a job so selfishness became more important than selflessness which in an elected official is wrong.

I find myself agreeing with Mason Symonds

As in Perry Mason.

As in Perry Mason, the great TV detective. Thank you, 'anonymous', I'm flattered.

http://m.facebook.com/crawleynews/posts/538113039578042 so the ex leader lied and disgraceful will he now step down as a councillor in shame

THE former leader of Crawley Borough Council has been accused of misleading people after stepping down following a police investigation.

Bob Lanzer announced yesterday he was resigning as leader following the conclusion of a police investigations into claims he and recently defected UKIP councillor Karl Williamson harassed each other.

The Pound Hill South and Worth councillor said he decided to step down after the police investigation "ended without any charges, cautions or suspensions".

However he failed to mention the fact he and ex-Tory cllr Williamson had each been issued with a Police Information Notice (PIN).

Main image for myprint-247
Business Cards From Only £10.95 Delivered...
View details Print voucher
This means the police are not commenting on the truth of the allegations but that a notice has been issued informing the two parties that an allegation has been made. It will be kept on file in case further allegations are made in the future.

Cllr Williamson said: "Bob hasn't given the full picture and there are many inaccuracies in his story. Sussex Police gave both of us a Police Information Notice."

He added that a Conservative party investigation into cllr Williamson's claims against him for sexual harassment had not taken place. Cllr Lanzer had also said in his statement that the Tory party investigation had ended without charges, cautions or suspensions.

Cllr Williamson said: "They did not even hear the case because I left the party before the meeting on 15th August 2013 was due to take place."

Cllr Lanzer admitted that it "would have been better" to mention the issuing of the PINs in his statement.

Masonic UKIP 'Turn-Coat' Karl Williamson - and his followers who are looking increasingly pathetic - should be drowning in their own hypocrisy.

The Masonic Ukip nutters in Crawley who keep smearing Lanzer are vile, depraved and disgusting people.

Just for clarity, I am not and have never been a freemason. In fact, I have concerns about how a councillor in Warwickshire was let off expenses fraud with a slapped wrist when he and the chair of Standards were both masons, and I tend to be suspicious of people with power who are in the 'charity'.

What I do find amusing and revealing is that the navel-gazing Maidenbower Forum - one I was permanently banned from for daring to even mention local Freemasons (let alone criticise them)- mentions absolutely nothing about Bob Lanzer's resignation:

What concerns me is that Claire is now going to have a battle with Duncan and this only means the Conservative party will split further. Maybe the Masonic control should come forward from Leeny Walker to become the worlds first black council leader.

There has not been a single mention of the Crawley Conservative's troubles on the Maidenbower Forum ever since the false allegations were first made against Bob Lanzer back in June.

At around the same time, Richard's Gatwick Ideas Forum also became unavailable and has been ever since. There was a huge and increasing amount of criticism on the Gatwick Forum of the Maidenbower Forum and it's severe moderation. The demise of Gatwick Forum is very likely to be connected to this.

I would expect councillor Lenny Walker to be the masonic choice as he is the only mason with cabinet experience. There is bound to be an official non-masonic choice as well as a dark horse candidate that would seek to come through the middle.

Do I feel flattered certain people are again starting to pose as myself?

No - I think it is extremely weird.

As for the Gatwick City of Ideas Forum, may I assure the likes of 'Sunshine' that it is still going strong - despite being 'totally wiped' a few years ago 'by persons unknown' (although I know exactly who they are).

I was devastated at the time, as I lost 7 years of research work which had nothing whatever to do with local politics, freemasonry et al.

I agree the Gatwick City of Masons Forum was a great site and all the info being wiped was dreadful. I know exactly who it was Her Flick and its because you tried to have me prosecuted for lible when I was telling everyone the truth about the masonic leadership at the council.

I am sick of everyone pretending to be me. I am the real Richard Symonds and this has to stop I cant take anymore.I can hear voices all calling my name.

Will "Richard W. Symonds" (in black) and RW Symonds (in black) please seek medical help. You are probably one and the same person - and showing schizophrenia tendencies. All the more reason to seek medical advice.

If anyone is interested in telling the truth, the real "Richard W. Symonds" is in red. That's me.

Those twats posing as me are in black - and again I would urge them to seek urgent medical help.

Well Well it seems that Cllr Lanzer and Cllr Williamson have been meeting with the Chairman of UKIP Lee Gilroy in sleezy Country pubs for drinks. Are Bob and Karl back on again and have they started their affair. Dirty Sods at it again.