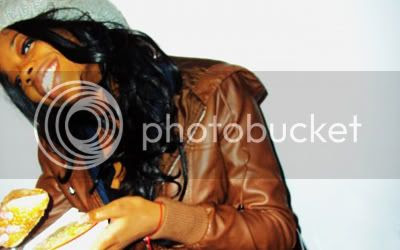 EXCLUSIVE: Top CF'er Liza Chantelle talks to tBg about her experiences, knowledge and charity work with regards to knife crime.

“I support Not Another Drop and often go on the marches. I also support local charities such as YCTV that try to get kids away from crime.

"My personal experience with knife crime was growing up knowing that a close family member was named James in memory of a young lad who had died trying to break up a fight and was knifed in the process.

"The mythological older brother who knows karate is no more, instead its replaced with a youngster of 15 years old who would stand up to a 18year old as they feel no fear to “shank” (stab) him.

"On the way to YCTV a charity I do youth work with, my mother and I sat chatting in the car. As we sat in the car listening to the radio we chatted about what a crying shame it was that we had heard on the news about a young lad that had been stabbed… As I arrived at YCTV, I was confronted with the news that it was Kodjo Yenga, someone who I would sit in the same group work with, someone who I congratulated on for doing good work, someone who was a gentle giant with a shy smile. I remembered sobbing so much because it was such a waste, so senseless. Here was a lad trying to go somewhere to get away from knife crime he even did raps about it was taken by people with no respect for life. Going on his memorial march and seeing the sheer devastation that was caused by a knife was overwhelming.

"Knife crime now pervades through everyone’s conscious. Recently I had a phone conversation that went like this:

"This was the conversation I had with an old friend to check he was ok as someone fitting his description and location was on the news.

"The rings till he picked up seemed like forever. How many people clutch the phone in the night waiting for the person to ring up to confirm they are ok? How many more mothers will have to stay wake at night counting the minutes silently until they hear that reassuring key turn in the lock rather then the dreaded policeman’s knock?"

Who commits these crimes and why?

"There’s a Lord of the flies mentality with these children the only way to reach them is to get to their core. I don’t mean this in a furry touchy feely manner. I mean it from a logical viewpoint.

"On some estates if you don’t join a gang you get picked on by both gangs... with knife crimes often the initiation into such gangs. So a child may not be inherently evil but feel backed into a corner... If this child then goes to prison for carrying a knife ( I don’t mean using but simply carrying a knife) then we will have prisons over flowing with kids that turn into men in prison, virtually unemployable and then expect great things from them. That’s an oxymoron if ever there was one. Then the kid goes on the same road, same friends this time harder and wiser and a wizard at crime.

There’s no point having a conveyor belt of kids going into prison then being dropped back into the same environment without there core being tackled. What is going on in the heart of the individual to make them act that way? Is it peer pressure in which case the child can be reached or is it something more?

"I heard that teachers may be given more powers to search people. “Empty out your pockets” is the most it should amount to. It is not fair that teachers have a mountain of paperwork, steering the future doctor’s lawyer s and...ahem politicians of the future and have to act like an SIA badged security guard. That’s immense pressure and a safety concern. Teachers should be able to let children see the result of crime. I do agree with the idea of people seeing the repercussions of their crimes but it can stretch to others as prevention is better than cure. A teenager’s grasp of death as a concept of no-return can be difficult to ascertain when every moment seems like the be-all and end all when there's such a small time span for retrospect…that comes with age.

"Labour put forward youngsters seeing knife wounded victims. Right erm…nice bit of well-meaning but having student doctors look at you without ten wise cracking youngsters gawping. Better the re-formed criminal say why it’s not worth it then that.

I agree with notions such as National service because personally the idea of a mass of youngsters out on the streets in eight years time stigmatized for being a criminal and (then the cycle starts again), is scary.

"I know Major Giuliani in the states had success with a one strike and you’re out mode... But is it applicable here? I’m not so sure.
Someone carrying a knife shouldn’t necessarily be put in prison as this doesn’t help a young person they end up being taught an apprenticeship in crime by the lags inside.

"As a Conservative, I respect David Cameron and understand the “lock them up and throw away the key” ideology and totally agree for perpetrators of violent crime but worry about the outcome if it’s rolled out to simply (although nothing with knife crime is) possession of a knife.

We have to look at models that may have worked in the past or from other countries."

"As someone who was recently stopped and searched not for the first time either, I have mixed feelings. I agree with the principle but for anyone who has had it done more than 3 times it is frustrating and depressing especially as it can leave you feeling tainted afterwards, the same way a trip to the headmaster’s office would if you didn’t do anything. When my cousins turned 16, I wearily said “You’re old enough for your first stop and search!!!” (As it’s so common in the black community for young men) Caribbean humour is quite ironic. But the harsh reality is that walking through town and seeing the pop up knife detector arches is a sad reflection on life. However, certain ethnic groups shouldn’t feel or be targeted solely. Now everyone is a victim of knife crime and its all shapes, sizes, creeds that are committing heinous acts.

"The buddy system in the states where younger kids get a male/ female mentor to look up as its now not a phenomena that affects young men as girls are being used to “honey trap” victims i.e. lure the lad to a venue where the gang may lie in wait as was highlighted by a recent case where that was said to have been done.

"Entrepreneurs’ who go into school to motivate. I read an article about Levi Roots saying he had 500 schools he had to visit and was approx. half way through the list. Here he is a Brixton lad done good and knows what to say and a kid can’t say “it’s alright for you” as they know he struggled. A lot of the times the kids have not gone further than their house, chicken shop, school, club, chicken shop home. All in the same zone increasingly so as many do not even step out of their zone as there is inter-borough rivalry!

"So these kids are effectively penned into the negative environment with no- escape route.
Entrepreneurs have to step up to the plate and share their knowledge. It’s unfair to say why should they as these same entrepreneurs know how much they benefit from motivational seminars and coaching so applying a business model to the situation is necessary.
An uninspired child is more of a burden to the community in terms of finance when prison is taken into account then a child inspired who goes on to be an asset to the community and his peers."

"Giselle Pakeerah, whose son Stefan was murdered allegedly due to the influence of such Games as Manhunt did a campaign on video Game Nasties and no matter the legalities of the case I think she had a point. Back in the day you knew what side right and wrong is, now its blurred to the point that you can stab and shot someone in a videogame and you’re the hero…children playing that in an already messed up situation it doesn’t take a genius to work out that’s not a good combination."

"On Saturdays I do martial Arts the discipline is immense! It seems to be one of the last vestiges of discipline. The dissolution of parental power could be blamed as it seems that parents cannot tell their children off for fear of repercussions. However, the real thing is peer pressure and feeling of inclusion. A gang is inclusion, I hear young people talk about elders and younger’s in some inner-city areas meaning just the elder person in the gang is the one to look up to. To some gangs are complex family structures that offer love (with strings of course), lots of praise and what can be taken to be advice.

"David Cameron talked about the role of fathers which is a valid point kids need to look up to someone and many single parents perform the herculean task of being both ma and pa so I would never say anything against them. However, the person I ask about boys to is my Dad, the person who I look up to and want to emulate after my mother is my Dad, Gangs capitalize on this and initiate young people to show love by committing criminal acts foe which they are praised for. Kids are growing up with an “it’s either them or me” mentality."

"Many young children don’t know about being a “city boy” but yet they know how to hustle, quick thinkers, amazing with numbers have the gift of the gab but don’t realise that the cunning they employ in “illegal activities” could be harnessed into a more legal trade. That’s not to say anything against those in the city. But you see young lads who would make excellent traders, salesmen but because they don’t realise these things exist they don’t harness there future towards it. Imagine if a city boy came into a school and had the cars, girls etc but did it the legal way! Then sitting in a freezing estate stairwell dealing with their gang hero may lose its sheen after they have heard about the city life in a warm office in Canary wharf.

"Some may scoff but these kids are highly intelligent a lot of the time. The anger is their frustration at being stuck in their environment for some – although inexcusable, so why shouldn’t they achieve. Or the famous “I want to be in music” without realising that people can actually be “Entertainment Lawyers” rather than simply making beats.

"Kids need to be exposed to a myriad of experiences and when they do well praise for it. If these kids never get praised for anything apart from your gang members? And what if they go home to a dad that WAS the class bully in his time.

"And yes youth centres, there needs to be more of. Funding needs to stop being cut and the hoops charities have to jump through to get funding can be immense. I applaud the Duke of Edinburgh scheme and think it should be compulsory. Doing youth work I have seen kids flourish via it.

"Overall we have the keys for the future generation but a shot bolt one size fits all prison mantra is not the way."

Original totty. Not like these pretenders now. Good article.