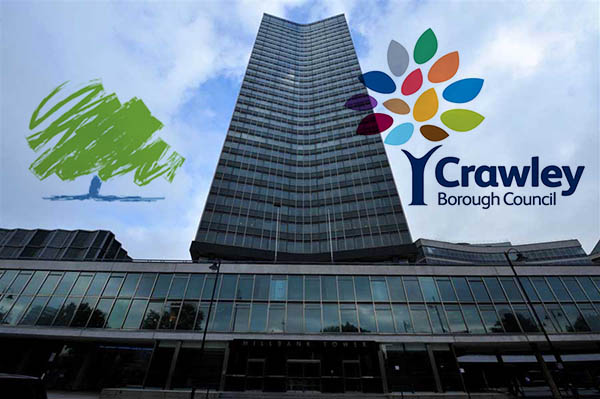 This report is very damming and highly controversial as it seems every Tory councillor present felt the wrath of O'Keefe's analysis, even down to the clothes on their back when Community Engagement Officer for Crawley, Cllr Nigel Boxall, was sensationally slammed in the report for not wearing a tie. "He was not wearing a tie, and his collar was not within his suit jacket" - stated the report.

Boxall was allegedly sacked just weeks after the report, but tbg understands he is now back in the cabinet. Probably after a trip to the Tie Rack.

The report also slammed various councillors for reading a paper during debates, coming across "rather aggressive", looking "extremely bored", zero oral contributions and a lack of support for Tory 'bedroom tax' policy.

The leaked report concludes that - "On the whole the Crawley Conservative Association found the performance of the majority of Conservative Members unsatisfactory."

The author of the report, George O'Keefe, quit his role as Crawley Conservative Deputy Chairman just this week stating that - "I feel that given the troubles that the Association has experienced over the last few months it is only right that a Executive Officer Team should be able to lead us forward in their own way and electing a wholly new team is the best way for this to happen."

Aside from the grammar in this document being dreadful, this is quite worrying.

It seems as though O'Keefe and Gilroy want councillors to blindly do as they are told without voicing any concerns or disagreements on any issues.

Personally this is not what I choose my representatives for - I want them to have opinions and question things - otherwise we may as well do away with local councils and just slavishly accept what we are told from Westminster.

That was a fascinating read. In all the time I was a Labour Councillor on CBC and later as CLP chair and a normal member, I never saw any kind of 'report card' on councillors like this. Is this a Tory thing? Some bits were quite funny, and brought back fond (and not so fond) memories of former opponents.

I do understand why some Conservatives are reluctant to defend the Bedroom Tax - it is a poor policy rushed in and which makes a basic erroneous assumption: that smaller properties are available to move to.

Interesting then, that Gilroy has left for UKIP having been such a stickler for Tory partisan unity.

Does this show TBG running out of ways to make CCA turn on each other?

Ha! What a 'sensationally' bizarre report. Fabulous exposé in fact.

Who is this tory George O'Keefe and is he a freemason too? As he likes reports, is he going to put his school report on here?

Reminds me of Orwell's 1984 Thought Police.

'Herr Flick' would be proud.

Voice from the South West said...

Sorry but as a former councillor since when was it necessary to speak at every Full Council meeting all the time?! If you don't have anything to say then don't say it! The criticisms in this report are trivial. If the Group had voted in favour of the Labour motion then that would be worrying, but criticising Councillors for not speaking in the chamber is getting a bit desperate! I’d rather have a councillor who is a poor orator but a good constituency representative than have a brilliant orator who does nothing for his ward or constituents.

If this Report is genuine, Master O'Keefe would make an ideal recruit for the Crawley Thought Police.

Can Crawley's new UKIP councillor tell us where Bongo Bongo land is? I can't find it in my atlas.

The thing is most the Tory Councillors are poor orators and poor constituency representatives. In it for the allowances.

The same factional behaviour is happening all over the UK at Conservative Associations. The problem is when you have councillors becoming Executive Members of the Associations as they rig the process and stop people becoming members. I am now based in Chiltern but I used to be a member of Croydon before they merged the two local Associations into a Federation and it really has become a mess. Hundreds of people have defected to the local UKIP branch and might even stand as candidates in the local council elections that will surprise the current Conservative Group. They used to have an agent who was inefficient and disorganised. He upset a lot of people during his employment. As usual he is now a local councillor: http://www.croydon.gov.uk/democracy/elected/allcouncillors/17 The sooner we stop letting these people in the party then the better.

Just for clarity, I am not and have never been a freemason. In fact, I have concerns about how a councillor in Warwickshire was let off expenses fraud with a slapped wrist when he and the chair of Standards were both masons, and I tend to be suspicious of people with power who are in the 'charity'.

Oh, and Bob Lanzer has resigned as leader of CBC.

Bob Lanzer was pushed out by his own party and doubt he had much choice. Did you see the video and what was going on with those eyes rolling about in his sockets. Looked like he was taken over by demons.The leader gets involved with a younger man then does all kinds of dosgy deals. Now he lies to the public. I think duncan crow and claire Denman had this planned all along.