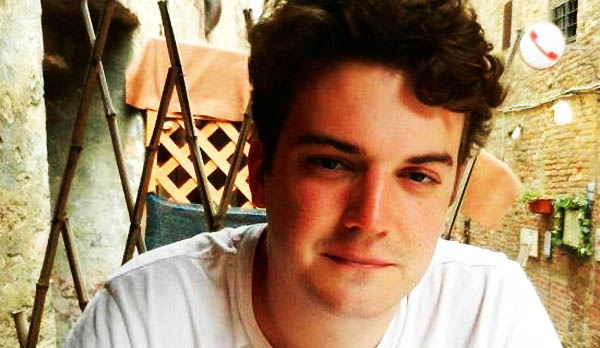 AFTER SEVERAL campaign meetings over the last couple of weeks and friends supporting and encouraging him to run, former UCL President William Hall is rumoured to be throwing his hat into the ring to become the next Conservative Future (CF) National Chairman, tbg can reveal.

Sources say Hall is said to be bemused at the failure of CF to equip Tory students on campuses and is apparently likely to get the backing of many Tory student societies and the London Universities Conservative Council (LUCC).

Hall is also a councillor in Henley and it is generally considered that he will have the support of a number of the rural constituencies.

William Hall ran for Universities of London Union (ULU) President and was defeated by Michael Chessum late on in 2012. Hall also had to ban a member from future UCL events in 2010 after sexist remarks were made at an Oxford University Conservative Association (OUCA) 'Port & Policy' event, by an individual shouting - "kitchen, kitchen, kitchen" - when a female was trying to speak.

William Hall commented - "I can unreservedly state that I'm not considering running for a position in National CF and I fully support Oliver Cooper in his role. CF is an organisation I have respect for but I have no interest in holding an elected position within it."

Shame students can't vote Will! And Lucc won't exist by the next election.

Will is clearly not going to run, he'll concentrate on being a councillor and getting a job.

I bet only his name is only being bandied about because Freshers packs have come out and they are rubbish.

he got over 1000 votes in the ULU election. Bloody impressive understanding of students.

Doesn't change the events/actual comments/nature of the character. Horrible guy, untrustworthy and vicious.

Another boring Londoner who I've never seen at events IN London. Boooooooring.

*Scoff* Did a tory just use Workers Liberty as a reference? That's definitely where I go looking for reliable information about Tories...

Also, FYI - Will missed out on ULU VP by 30 votes, polling over 1000 student votes. Thats more than double what any of our recent CF chairmen have polled. Maybe then we'd have a real leader, with a true mandate, who cared about the fact Conservative Students are being abandoned on campus. Labour Students put us to shame with the support they provide students...

@ 2:15 pm, August 22, 2013 < Since when have students not been able to vote...? Pretty sure they make up the majority of Coopers votes. Just that you think Students aren't active members and voters in CF is half the problem with this sinking ship

Who is this guy? I have NEVER heard of him and am a student in London - it's just another case of a complete unknown thinking they're well known enough to run for these things.

Way way too much internal hatred.