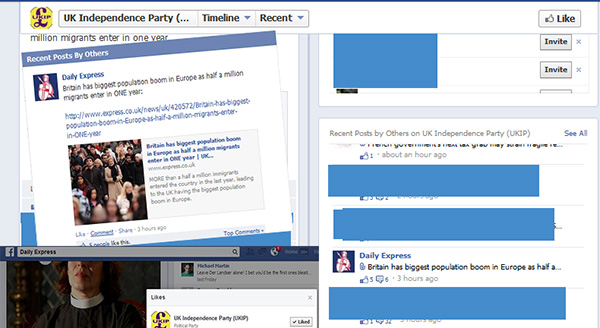 TBG can sensationally reveal that Daily Express are a bit closer to UKIP today after having 'Liked' the UKIP Facebook page as well as posted a story on the UKIP feed.

Though tbg investigations reveal the main three political parties do not allow public postings, the Daily Express does not actually 'Like' any other political party on the social networking site. The furthest the Express go at 'Liking' another political page is the PM David Cameron.

It is presumed users of the social networking site 'Like' pages when they become fans of that particular cause, celebrity or organisation.

Could this be the prelude to UKIP's first big national newspaper endorsement?

It was going to happen sooner or later...