UKIP Chairman Says He Will Be Back After Racist Facebook Posts. 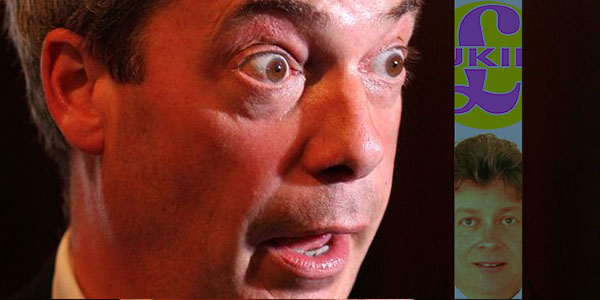 The UKIP councillor at the centre of the Facebook Racism Row has today said that under no circumstances will he be stepping down as leader of the opposition at Lincolnshire County Council.

In an interview with the Lincolnshire Echo Chris Pain says:

"I have been democratically elected by the people I now represent and I will continue to represent them. I have done nothing wrong. I stepped aside as regional chairman because I am so busy at council and with helping the police with their investigation."

In a new twist Mr Pain now claims that the alleged rants never appeared on his Facebook page.

He said: "I have searched my Facebook page and these comments aren’t there. I have a couple of hundred friends on the site and nobody has seen any racist remarks."

"As far as I am concerned I have an unblemished record - I don’t even have any points on my driving licence and I have made several citizen’s arrests."

National leader Nigel Farage opened his own investigation into the allegations. However, UKIP revealed it would be delaying any decision until the police probe is over.

Following the party’s monthly executive meeting on Monday, UKIP chairman Steve Crowther said: “The NEC has decided to suspend judgement on this matter pending the outcome of Lincolnshire Police’s investigations into the allegations - and into the alleged hacking of councillor Pain’s Facebook account.

"Mr Pain will step down as chairman of the party’s East Midlands Regional Committee in the meantime. He will continue to represent the electors who voted him on to Lincolnshire County Council.

"UKIP deplores racism, but is also aware that the party is under concerted attack from political organisations who are attempting to thwart our progress. We will deal with any proven instance of genuine racism appropriately, but will resist politically-motivated campaigns designed to inhibit our growing popular support."

"We are aware of the increasing amount of internet hacking and counterfeiting, and will continue to work with the police and service providers to establish the veracity of any such allegations which may be made, and their sources."