Government in a Pickle Over Wind Farms. 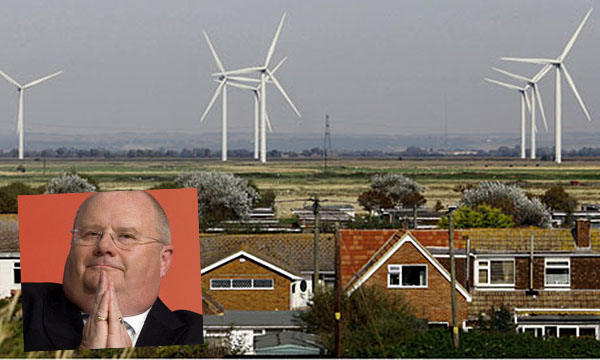 In a move which campaigners say could spell the end for on-shore wind farming Eric Pickles will today announce that planning laws are to be amended so that "consultation with local communities" is compulsory before developers can even apply for planning permission.

The move has been welcomed by Tory rebel Chris Heaton-Harris who tells tbg:

"My hope is that we will get some sensible planning guidance that says local views will trump environmental policy."

The move is a major setback for the Energy and Climate Change Secretary Ed Davey.

Sleaford MP Stephen Phillips is the latest MP to support the new changes to wind farms.

Mr. Phillips told tbg: "I have been fighting for these changes for a long time, and I am delighted that they are giving people a proper say on wind turbine developments in their area. Local people and their councils should not feel bullied into accepting proposals they do not want.

"The new rules make clear the concerns of communities must be heard, which is something I have been demanding for quite some time given the prevalence of so many inappropriate developments in Lincolnshire."