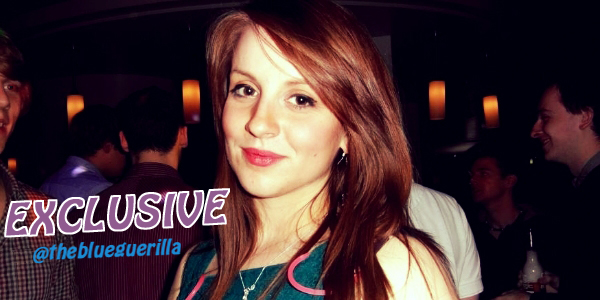 Sarah-Jane Sewell, for the first time during the CF election campaign, has sensationally & unequivocally rejected claims that she is on an election slate. Independently liberating herself as a National Conservative Future Executive member & candidate for re-election.

Sarah-Jane told tbg she has been accused of providing a Conservative Future Chairman campaign with private email lists but strenuously denies these accusations, saying she does not have access to such databases.

Sarah-Jane said - "I can't give anyone something I don't have".

STATEMENT: "I do not have access to the Conservative Future mailing list, I never have done. You would have all received a lovely email from me if i did - but I don't, as I said in the hustings in the Old Bank of England, I do not have access to Merlin, or the email lists for security reasons. Hence why I rely heavily on Facebook.

"If the national executive want to send a mass email to all members, it has to be done via CCHQ. I want to put a stop to any false accusations of misconduct. It is actually impossible to circulate something that you don't actually have.

"I would also like to point out that I am an independent candidate. I am not on a slate. Happy voting everyone."

Don't lie. You and Robert Manning are on the Robinson slate.

Not on a slate? Since when? She signed an election pledge with Robinson, manning and corbridge! How convenient!

Don't lie. You're on the Robinson slate with Robert Manning.

Wow. Outright lies about the slate. Not on.

If you had the mailing list you we would have received an email from you. So does that mean you intend the breach the Data Protection Act yet do not have the resources?

I think a lot more respect should be given to Sarah Jane Sewell if you please. She is a thoroughly nice girl who works very hard. She is defo not involved with the email scandal. She did sign a document with Matt Robinson and co. but that's as far as their relationship goes politically. She signed the paper because of the principles on it not because she is joining forces with Matt Robinson.
As a point of reference #thingselliottsays received the news first personally. http://thingselliottsays.blogspot.co.uk/2013/02/exclusive-sarah-jane-comments-on.html

Can anyone on Robinson's slate tell the truth?

Their denials are about as convincing as Nick Clegg's.

She has come under a lot of criticism for joining the slate and never denied it before. Until their slate hits scandal and she distances herself. When the slate looked good, she was perfectly happy to be a part of it.

I actually was quite indifferent to her before this but now she is showing that she wants to win by whatever means necessary- even by lying.

lol so she joins a slate to help her win, then she realises its doing her more harm than good so jumps ship? Such loyalty. No wonder she's been such a bad CF deputy chair. What has she even achieved this year? We definitely need new blood - I will be voting with VT or Jasmine. Anyone to get rid of the status quo.

I may be wrong but there seems to be an alarming level of anonymous hostility here ... Rather sad.

It's a race with 4 women, gonna get bitchy!! Clearly has here! No wonder tbg is holding out endorsing on this one. Let it rolllll.

tbg who are you endorsing in the membership race?

You can't hold off declaring much longer!

The whole SLATE (yes, slate) shouldn't be allowed to run.

See SJ cancelled the "Secret Launch Event" so blogs couldn't get pictures of the Slate Launch.

I think the "totally independent" notion is rather holed below the waterline by putting her signature to the "pledge of principals" arranged by Matt, which had one signatory per position.

Not saying that with any particular venom, but you should be honest about the fact that you are jumping ship at the very least from an alliance (if not a 'slate'), rather than trying to pretend that you have always been a totally independent candidate.

Quitting the alliance is fine. Trying to misrepresent it, not so.

"It's not the scandal, its the cover up!"

does TBG leaving Membership until last infer it's the most exciting of the battles?

I heard she wasn't off to a great start since everyone she thought was working with her were actually conspiring against her and now this little story has cropped up, clearly she's annoyed someone behind the scenes