Ken Livingstone thinks Ed Miliband is the next Margaret Thatcher. 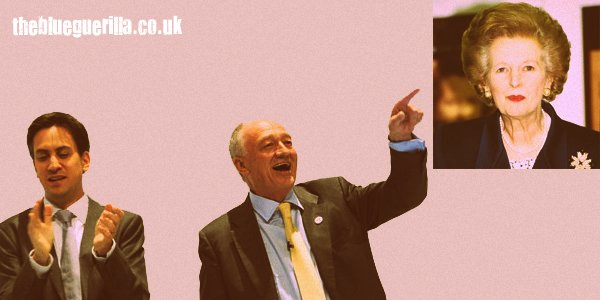 In an interview on London Loves Business Ken Livingstone said Miliband was capable of transforming Britain.

"The parallels you need to look for are with Thatcher. Thatcher didn’t care what people thought of her. She had an agenda and was determined to drive it through…the world is looking for another way forward and I think Ed Miliband has that", said Livingstone.

I do hope not!

Good thing Nabil and co vanquished him from London Forever

I think there's something not quite right with Livingstone, aside from the obvious, he's been coming out with some really oddball statements recently