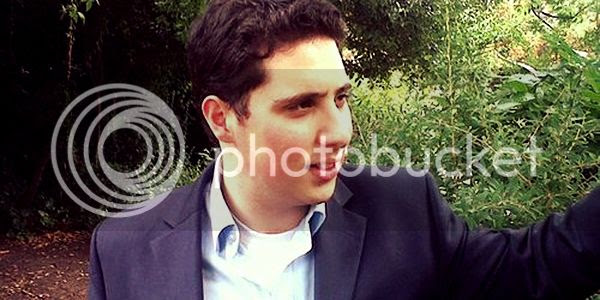 tbg can reveal that London Conservative Future (CF) Deputy Chairman Nabil Najjar has announced his intention to stand for Chairman of London CF.

Najjar disclosed his candidacy to tbg saying - "I would like to officially announce my candidacy for Chairman of London Conservative Future, at the upcoming CF elections. Yesterday I officially submitted my forms to CCHQ, which were subsequently approved."

Nabil Najjar's manifesto is on his website which includes a pledge to get CF'ers elected:

Najjar's manifesto says - "The best way for Conservative Future to advance its reputation is to ensure its membership reach positions of responsibility. In order to ensure this, I am keen to run a campaign to make sure as many CFers as possible areselected to fight upcoming council seats at the 2014 London Borough Council Election.

"I want to see a CF'er standing for council in every Borough in London, and this is an achievable aim."

Nabil told tbg - "London CF has done some outstanding things in the past two years, helping Boris achieve re-election, organising a variety of great events, and winning a series of awards from the Party, including a National Excellence Award.

"However there is still much to do. We need to work hard to ensure a positive result at the upcoming London Borough Council Elections, as well as the 2015 General Election, and we need to continue to provide our members with even better events and opportunities. London CF needs an experienced Chairman to make this happen.

"Having previously worked in Parliament, I spent fifteen months as Youth Campaign Director for Boris Johnson's re-election campaign, and currently manage the political office of Government adviser and ex-SpAd to the Prime Minister, Shaun Bailey.

"Alongside this, I am currently running for Council in the flagship Conservative Borough of Hammersmith and Fulham, and have spent the last year as Deputy Chairman of London CF. I am confident that I can continue to steer LCF forward, and further cement its position as the best and most effective CF region in the Country."

Finally - this announcement's been in the pipeline for weeks!

That's a long endorsement list - Has anyone NOT endorsed hi?

the real question comes down to who Nabeel is endorsing in the national exec elections! London CF is already too clicky and coming from SE I want to make sure Nabeel doesnt just make it about his friends getting lashed in central. I want too know if he's pro or against #teamjasmine. It's a massive vote swinger, no lie. answers please?

The good thing about Nabil is that he has a real political life outside of CF - not one of these people who depends on it to make them feel like a somebody - vote Nabil!

No doubt nabeel can do this job. Good luck to him in the elections.