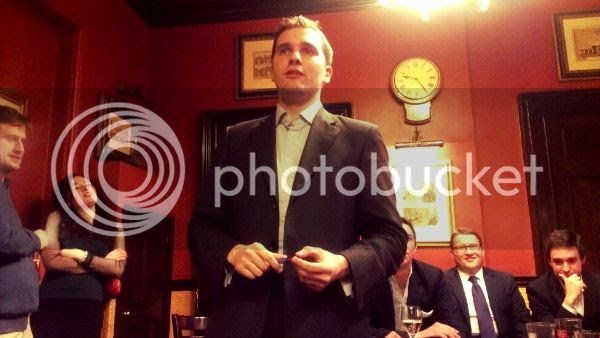 During the heated debate chaired by CF legend Rob Tasker, contender Paul Holmes sensationally held up attack ads asking who was responsible for them.

Tory Youth Wing members are reported to be satisfied with the quality and professionalism shown by candidates at the Hustings.

Seedy publication. LOL! May have woken up hungover but you have got the first laugh of the day. Keep up the good work tBG.

lolol with Holmes on home turf he still couldn't win the hustings! Must be spitting bloody murder!

Could we have the raw number of votes?

^ As far as I remember it was Cooper 21, Holmes 19, Robinson 14, Deighton 1. Although some people simply left before the straw poll.

Actually I think the majority of people didn't vote, either because they had left or were not paying attentio. There were far more people in the room than the vote shows.