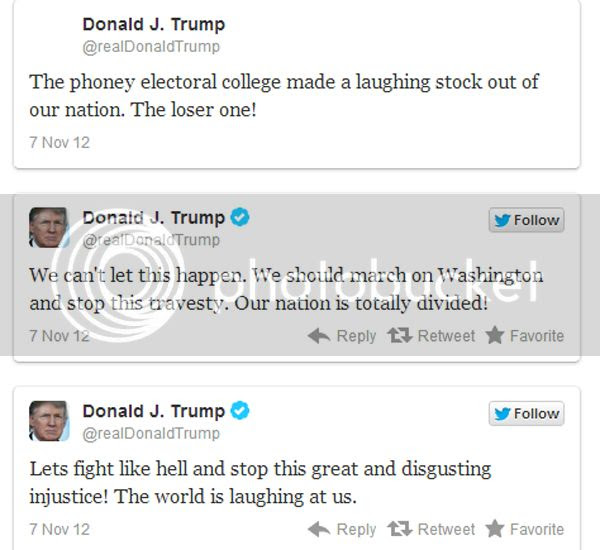 Donald Trump really didn't like the fact Obama won the US General Election last night after a number of tweets bashing the American democratic system and calling for citizens to reject the election outcome. 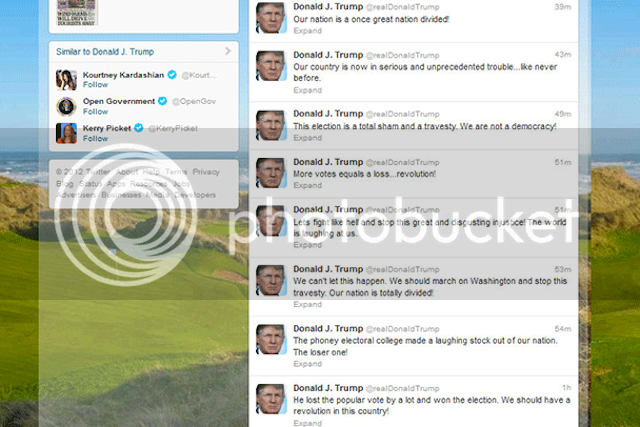