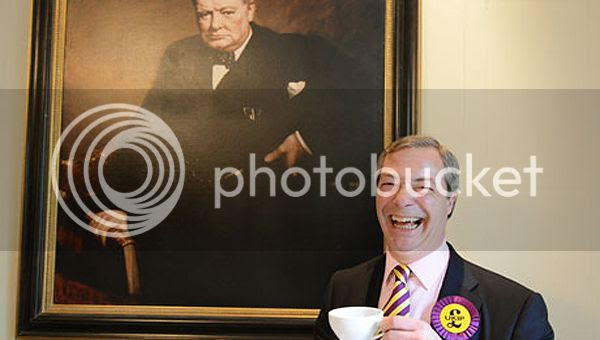 Tory Chairman Grant Shapps has again rejected the idea of a deal with UKIP at the 2015 General Election.

Despite the view from some that the UKIP vote cost the Conservatives enough seats to get an overall majority in 2010, the Welwyn Hatfield MP, who would have beaten former Health Minister Melanie Johnson in 2005 'were it not for UKIP' remains opposed to the idea.

Shapps told tbg. this morning that - "I want to win the next election outright for the Conservatives so that we don't have to be in a coalition."

"I want to do that with Conservative candidates fighting and winning on their own ground and on their own terms."

tbg. has identified no less than 21 seats where it could be said the UKIP vote cost the Tories victory and an overall majority.

tbg. isn't so sure on this one just yet. It's easy to blame UKIP for vote hemorrhaging, however year upon year there are new fresh voters who reach the age of 18, probably more of those year on year than vote UKIP across the entire country.

Tories certainly will not attract those new young voters when in-fighting about whether to legalise gay marriage or not, just for example.

Do the Tories really want to associate themselves with a man (Farage) who wants to restrict the freedom of Muslim women and thinks multiculturalism is a bad thing? Or UKIP MEP Godfrey Bloom who once said - "No self-respecting small businessman with a brain in the right place would ever employ a lady of child-bearing age".

However, tbg. does like Farage & UKIP's adult approach on drugs legislation. It really is a shining beacon and probably the only piece of intellectual thinking they are producing at the moment.

It's just not all about EU immigrants and Islam.