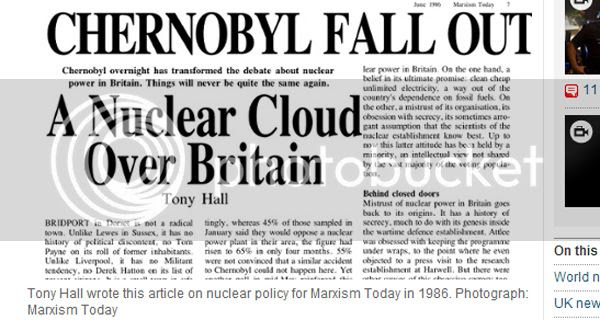 tbg. can tonight confirm that accusations of left wing bias at the BBC are unlikely to end following the appointment of Tony Hall as its new Director General.

Its emerged that Hall has been a regular contributor to the radical left wing paper Marxism Today.

Hall was also an arch enemy and critic of former Tory Prime Minister Lady Thatcher and in June 1986 wrote an article titled "Nuclear Cloud over Britain" where he supported former Labour Leader Neil Kinnock's call for the removal off all nuclear weapons of British soil at a time of tension between Ronald Reagan's US and Russia.