Gaza thanks Iran for missiles. 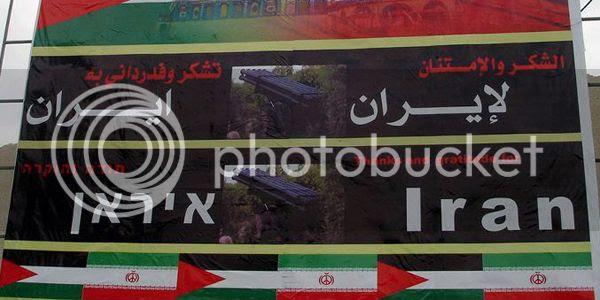 Billboards have appeared in Gaza thanking Iran for their help in the latest of the age-old battles against Israel. The billboards are in Hebrew, Farsi, Arabic and English.

The billboards were not signed, but a senior official with the militant group Islamic Jihad, Khader Habib, said it was only natural to show gratitude for Iran's role in the conflict.