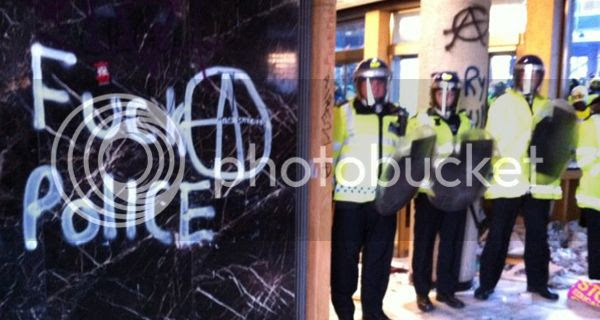 The NUS are demonstrating on the streets of London today against tuition fees and spending cuts. Hopefully most of the trouble makers from past Demo's are locked-up this time round.

There does seem to be some deep confusion as to what the Demo is actually all about as tbg.'s Twitter feed seems to suggest. 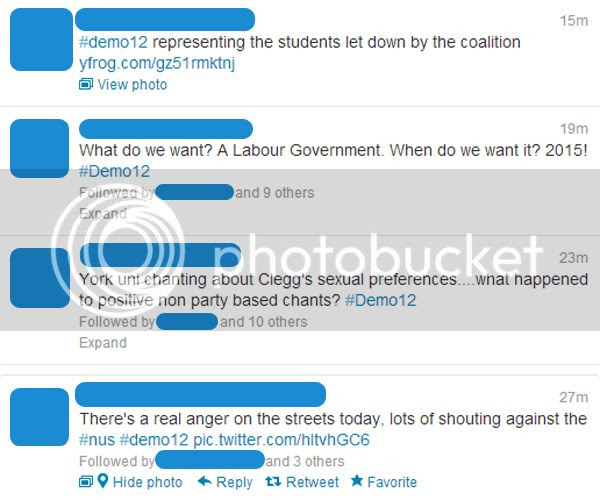 Conservative Future Deputy Chair' Sarah-Jane Sewell has set up an anti-Demo12 social networking page saying - "This is not just for people who don't agree with the purpose of the 'march', but also for those who also don't wish to take part in the Demo for WHAT it is."

"We don't want to disrupt London, or a repeat of Nov'2010 spending £1000's of tax payers money to clear up afterwards. We have a huge deficit and it's never going to be improved by spending more money."

Miss Sewell also tarred all peaceful protesters with a disrespectful brush by suggesting they were going to tear apart London. But let's not mention that, eh? ;)