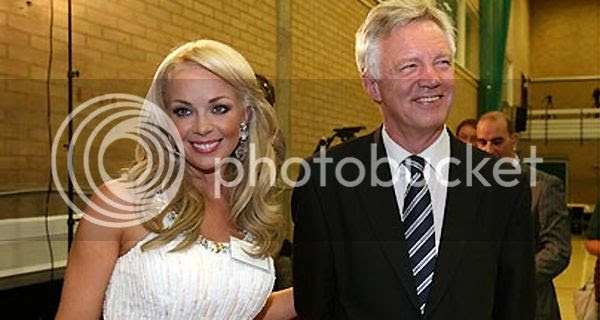 Former Shadow Home Secretary David Davis is the latest Eurosceptic to plea for an EU vote.

With two polls at the weekend both showing majority support for the move the 2005 Conservative Leadership Candidate has today warned that failing to address the issue could be a gift to UKIP.

One poll at the weekend showed that only 18% of UKIP supporters would seriously consider voting Conservative.

Davis told Andrew Marr yesterday that "We have got to, somehow, dramatically change our relationship with Europe." Even Grant Shapps said it was "critical" to get the issue right.

However, today, whilst Cameron was in sceptical form at the CBI Conference, Ed Miliband was a usual jumping on a bandwagon to score points on the issue saying Europe was good for jobs.

Is Ed for real? It's EU Buareacracy that is hurting business isn't it?

"The Prime Minister has been hitting the phones for the last few days as we continue to work constructively to find a deal on the budget cycle."

"It is simply not credible to go to Europe and say that we have made so many difficult decisions at home such as freezing benefits and people's pay and cutting budgets by up to 30% but when it comes to the European Budget we are going to see it go up and up."