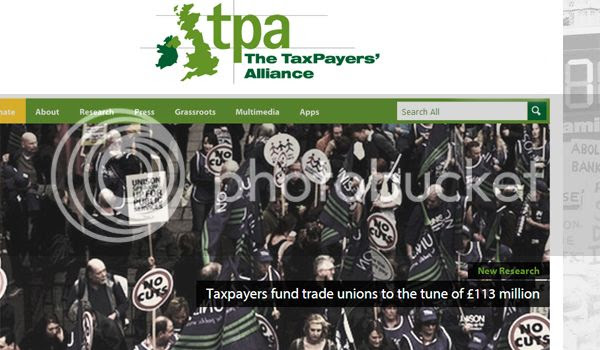 The Tax Payers Alliance (TPA) have today revealed the extent of taxpayer funds being given to trade unions in both national and local government.

The TPA reports that taxpayers have funded unions by a massive £113 million. A thumping £92 million was in paid staff (facility) time plus £21 million in direct payments in 2011-12.

The report also finds that 3,041 full-time public sector staff worked on trade union activities or duties at taxpayers’ expense in the last year.

If the number of public sector staff found in this research to be working for the trade unions in 2011-12 were reduced in line with that estimate of the difference between the public and private sectors, 2,172 full-time equivalent public sector staff could return to work."