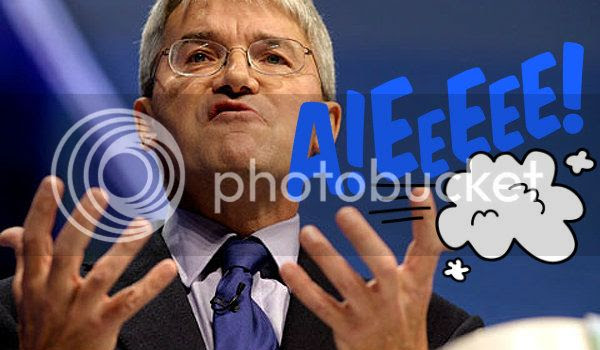 The trail of Mitchel's blood stains through the streets of Westminster don't seem to be disappearing as the Tory Chief Whip limps on after calling a couple of coppers "plebs".

Top Tory MP's have told Sky News about their "despair" that Andrew Mitchell is still in his job.

Many now believe Mitchell will be unable to perform his Chief Whip duties which are to keep order & discipline within the parliamentary party and keep MP's and ministers on message.

Andrew Mitchell may be given a battering a PMQ's later, will he survive the day?

Follow Up - Mitchell yells "I didn't" swear, at PMQ's.