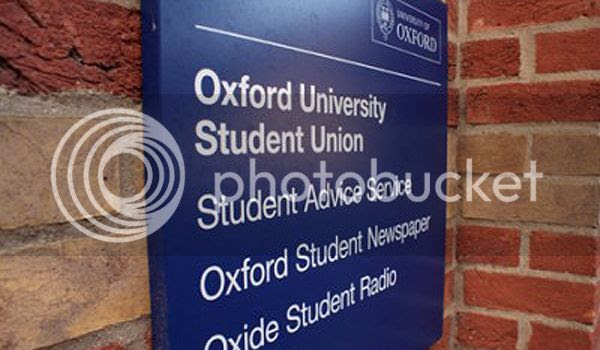 Conservative Future Chairman for South Staffordshire Jack Matthews has been accused by several Oxford students of party-political positioning at Oxford University Student Union (OUSU) and trying to introduce a "Port and Policy" approach.

Matthews tabled a 'drinks' motion to deliver free drinks for all at Council meetings at the same time as a motion to fund transport for students wishing to partake in Novembers' National Union of Students (NUS) demonstration.

OUSU has a £2,000 fund that would be the source of finance for either proposal were they to pass yesterday’s Council meeting.

An OUSU rep commented - "If the discretionary fund is to be used to provide free drinks, I can only speculate in light of the timing that there is a deliberate attempt in progress to derail efforts to persuade OUSU to fund the national student demonstration, in light of the proposer’s political affiliations."

Jack Matthews says he has always tried to increase access to OUSU Council meetings tweeting - "When people are accusing you of trying to turn ‘@OUSUCouncil’ into Port and Policy, they really have run out of logical arguments."

Calling the allegations "frankly ridiculous" the South-Staffordshire CF Chairman said - "The students I am elected to represent have, and will always, come first. I have been working to make Council more accessible for years; from making it more accessible to graduates and scientists by moving when it’s held, to running sessions on how Council works when I was Chair'.

"Council remains the place where all students are equal, and I will continue to defend and improve upon it for as long as I am lucky enough to be a student at Oxford."

Matthews defended his 'free drinks' policy saying - "Many Common Rooms reward those who take the time to attend their meetings with a free drink."

Jack Matthews exclusively told tbg. - "The motion passed by an overwhelming majority, with a sabbatical officer of OUSU even speaking in favour of it.

"This story has been whipped up by a very small number of students, unhappy with my opposition to their motion to fund those who wished to attend the TUC march.

"It is a shame more time has not been spent reporting the motion regarding funding the NUS demo.

"There was a lively and interesting debate with good points made by both sides, and the Student Union decided to put aside up to £1000 to help fund transport to London."