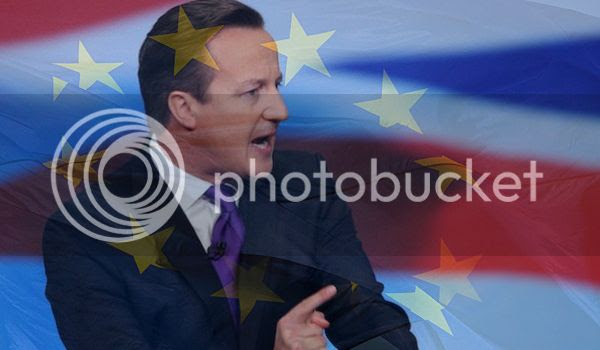 tbg. understands today that David Cameron is all set to use his veto in Europe for the second time.

It follows a meeting between EU President Herman Van Rumpuy and the Prime Minister in Downing Street.

At the center of the new row is both plans for inflation busting budgets revealed on tbg. earlier this week and what is believed to be a new threat to Britain's £2.7 Billion rebate won by former Prime Minister Lady Thatcher in 1984.

Sources have told tbg. that David Cameron left Mr. Van Rumpuy "in no doubt" that he will oppose both measures.

Tory MP Peter Bone told tbg. this morning that Cameron should go further. The Euro-Sceptic rebel said "I don't think this country should even be satisfied with a freeze in the EU Budget."

"We want a cut in the amount British taxpayers pay to the EU."