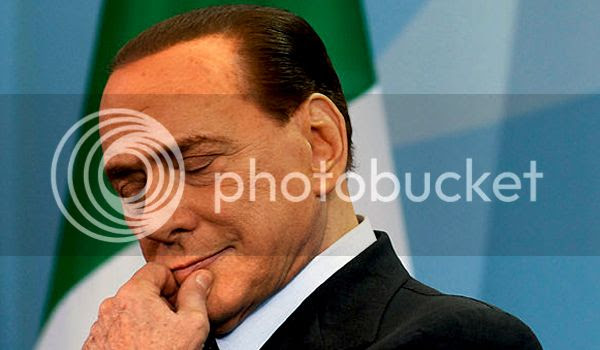 Silvio "Nice Tan" Berlusconi has been sentenced to four years imprisonment for fraud.

The occasionally orange Mr Berlusconi whom looks like he's been put back together with plasticine was accused, with others, of buying American film rights at inflated prices through two offshore companies under his control.

The 'bunga-bunga' former Italian PM and unconventional leader is expected to appeal the decision.

tbg. does love to see a crook go down.

Berlusconi's four-year prison term is reported to have been reduced by the courts to one year under an Italian law aimed at cutting jail overcrowding.