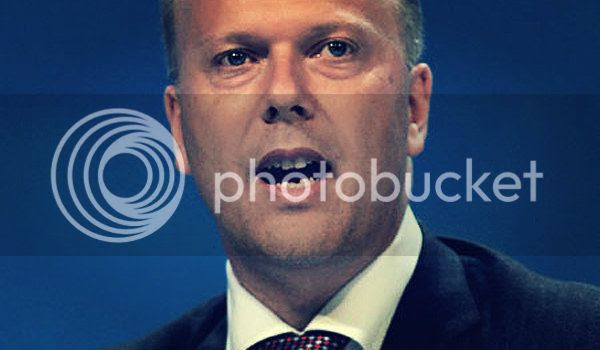 tbg. said that new Justice Secretary Chris Grayling would take a hard line and today we have been proven right.

In his first act since taking up his post the Epsom and Ewell MP is to introduce legal safeguards to allow people the right to protect their property using 'proportionate' force even if their actions seem 'disproportionate' in the cold light of day, "grossly disproportionate" force will still be against the law.

Tory Justice Secretary Chris Grayling explained that grossly disproportionate force would mean for instance - one knocks out cold (unconscious) an intruder then gets a knife to stab them several times - this would be considered 'very excessive and gratuitous force'.

It is still lawful to act in reasonable self-defence, even if the intruder dies as a result.

The Justice secretary told Tory Conference that he believed in second chances but not a third. The Justice Secretary will introduce the two strikes and you're out system, which is an American style system that means if you commit and are convicted of two serious sexual or violent crimes in whatever time period you will get an automatic life sentence.

Grayling says re-offending costs £9.5bn a year and we should not be surprised when the system sends out prisoners with "46 quid in their pocket" to the same streets with the same problems.

Graying said a quarter of prisoners were in care as children, half have no qualifications three quarters were identified as having a mental disorder or substance addiction or both.

Private and charitable sectors will be encouraged and financed to take on ex-offenders to give them a life after prison as well as delivering real training and rehabilitation to prisoners whilst their inside.

Home Secretary Theresa May revealed that the Tory led government will scrap all police targets and give them one single objective - to cut crime. Victims of crime will also be able to choose punishments whether punitive or restorative.