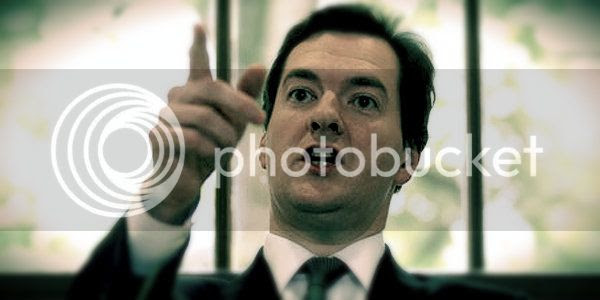 Chancellor Osborne has seized the 'One Nation' mantle from Ed Miliband and rubbished Labour's alternative economic plan to borrow, tax and spend more to get Britain back on the right economic track.

Boris Johnson backed PM David Cameron and Chancellor George Osborne in their quest to get Britain back on track today in a speech to Conservative Conference in Birmingham.

tbg. reporter Geoff Brooking tells today's Daily Express (p.23) that the government is right to have - "A system where it pays to work."

tbg. believes the government needs to stick to its course in reducing public spending and creating a more competitive economy. However, we still need lower taxes for the lowest paid in this country. The less well off should be able to keep more of their earned money instead of it ending up in government coffers.

We must not end up with a reduced welfare state whilst taxes remain high. It is perfectly sensible to restrict/cap and move working households away from the reliance of benefits, as long as they see an overall increase in their private income.

For example, tbg. has called for tax credits to be scrapped many moons ago way before the 2010 election but only if this is met with lower taxes. How does it make sense for the treasury to take your money, only to hand some of it back like a far Left 'father knows best' system and creating a false reliance on the State. Just let the workers keep their cash.

Like Boris said today, the government needs to "make life easier for the strugglers and strivers".