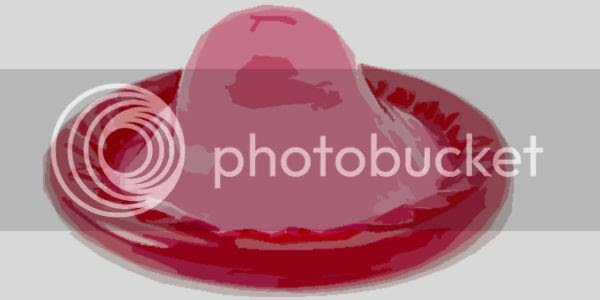 Catholic blogger (on hiatus) and member of "Catholic Voices", Caroline Farrow, this morning told the nation that "condoms don't work".

In an astonishing claim on the BBC's "Sunday Morning Live" Farrow seemed to almost laugh at herself and tried to quote a study, tbg. thinks, conducted the USA. This particular study seems to have only been picked up on by Catholic websites. Here's a snippet from the Catholic News Agency.

"When used "correctly and consistently," condoms were found to reduce heterosexual HIV infection rate by 85 percent. (Which still leaves a 15 percent infection rate – not a good stat for a deadly disease.) They also found that condom use reduced the risk of gonorrhea, but only in men.

For all of the other diseases, zilch. Nothing. There is no evidence that the condom does anything to prevent transmission of these diseases."

tbg. would seriously advise one to carry on using condoms, this type of talk is very dangerous and irresponsible.
Edited & Posted by The Blue Guerilla at 11:21:00

There's no evidence that it prevents other disease? Any disease transmitted through the exchange of bodily fluid is surely prevented by a condom. Which is considered by most the best form of protection......