Moves against Howlett and toward snap election. 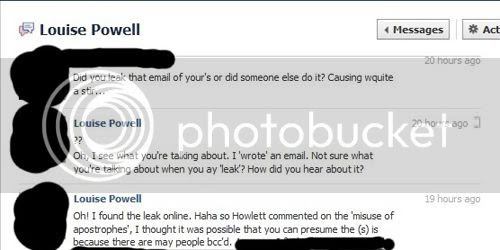 Rumours, back-stabbing and insults. All CF traits that seemed to have made Louise Powell step aside from her Tory ambitions in recent days in a letter to CCHQ, citing and lambasting the current Chairman and his behaviour. Powell stepped aside from her role as a member of the National Executive as Young Professionals Officer at Conservative Future.

It seems that some members of London CF are intent on disrupting current Chairman Ben Howletts' term with in-fighting, resignations and disillusionment, maybe forcing a snap election.

tBg yesterday reported that London CF Chairman, Nicolas Clark, wasn't really all that interested in the Osborne event this past Monday. As he spent alot of the evening cosying up to, who we now know to be his deputy, Nabil Najjar. There seemed to be suspicion surrounding this type of behaviour at such a big event.

tBg has received more leaked documents which tell a story of calculated disorder by the top men at London CF. Top CF'er Michael Bull has now also been implicated in the dubbed 'Poison Pen Letters' escapade, by London Spin. 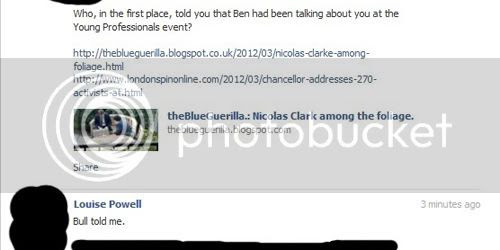 One source said: "Well its not all that surprising, it may seem to some Howlett basically fixed the election." Could a snap election occur if more resignations were to come Howletts', and CCHQs' way? Or more blunders like this.
Edited & Posted by The Blue Guerilla at 22:57:00 4 comments:

Nicolas Clark among the foliage. 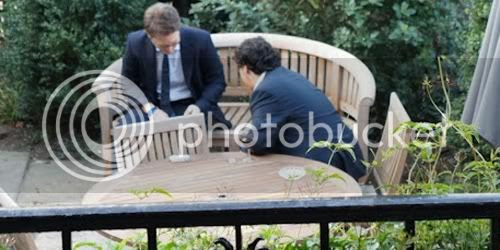 Nicolas Clark, Chairman of London CF, has been captured having a cosy sit-in with a mysterious partner. It has been suggested Clark maybe plotting with the co-conspirator at the, Chancellor George Osborne, CF event that took place on Monday night.

An eye witness told tBg - "They were sat near the foliage at the rear end of the garden for a fair portion of the evening, they looked deep in conversation. Who knows what they were plotting."

UPDATE 19:38 - One tBg source seems to have linked Clark with a letter to CCHQ complaining about Ben Howlett. Quite amusing letter, here's the link - Letter of resignation by Louise Powell because of National Chairman Howletts' behaviour. Maybe he paid for the stamp or something.
Edited & Posted by The Blue Guerilla at 19:24:00 12 comments: 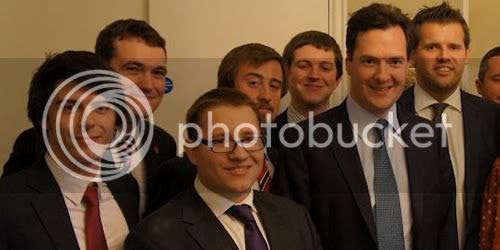 Taxing pasties and millionaire donors dining at Downing Street, it has now come to tBg's attention that there was a pocket watch left at the latest CF event with Chancellor Osborne. The CF Chairman is giving Murdochs' revenge even more fuel.

It probably just goes to show that the more average Tory should stay away from such events held by the current and seemingly out-of-touch CF Chairman, Ben Howlett, and nothing more. Seriously, a pocket watch? Get a grip Mr Chairman.
Edited & Posted by The Blue Guerilla at 12:38:00 1 comment:

KONY 2012 is a film and campaign by Invisible Children that aims to make Joseph Kony famous, not to celebrate him, but to raise support for his arrest and set a precedent for international justice. An awe inspiring film. 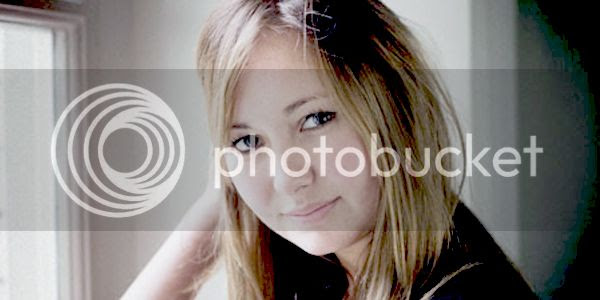 Former CF National Executive Deputy Chairman and close aide to Tory youth Chair' Ben Howlett, Alexandra Swann, and declared herself a UKIP supporter. Sources says Swann was positively skipping about the room in a "Disney like state" when speaking about UKIP leader Michael (or Nigel?) Farage.

Swann is a former National Executive member at Conservative Future and is heavily involved with current Chairman Ben Howlett. This must be a very embarrassing moment for the Tory Party but more so for Ben Howlett. Swann also did various Commons odd jobs for David Morris, MP for Morecambe and Lunesdale.

UKIP bound Swann says: "I have been a libertarian for a long time... But I don't know if I have ever been a true Conservative. UKIP is more along the lines I believe in. Because of the coalition, the Conservative Party is in a difficult position. There are a lot of un-Conservative policies." When asked what she thought of Nigel Farage, Swann said: "I think he is fantastic." Source: Guardian.

tBg thinks she must have had a serious lapse in judgement on International politics and multiculturalism at home. tBg recommends Swann should begin having a high in-take of fruit, veg and oily fish for more lucid brain function.
Edited & Posted by The Blue Guerilla at 17:46:00 2 comments: