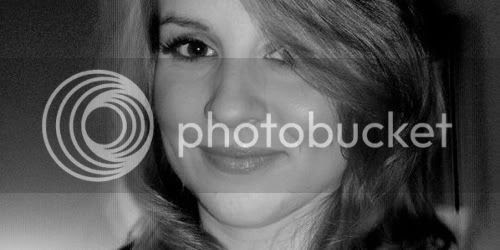 tBg is backing Sarah-Jane Sewell for Conservative Future Deputy Chair' (Membership). She is a driven, bright rising star and is the first elected Chair' of the South Holland and Deepings Conservative Future branch in the East Midlands. Sarah-Jane is the founder of the highly successful constituency branch which were highlighted and praised on stage at Party conference this year.

tBg spoke with Sarah and she had this to say: "It is our duty collectively, as every single member of Conservative Future, to once again engage young people in party politics. By setting ambitions aside and pulling together as a team, all of us can bring Conservative Future in the UK, into the Future. We are the future, and we are all in this together."

Following the East Midlands Region AGM in October 2011, the Chairman offered Sarah-Jane the position of Vice-chairman for Social Action, which she was delighted to accept.

In July, Sarah-Jane along with her branch organised a highly successful social action project called "The Big Tidy Up". Over the next year, she aims for this project to continue throughout her constituency and indeed the region. She and her Deputy are also planning a Duke of Edinburgh award style expedition around Rutland Water, in aid of Sue Ryder Care and Macmillan Cancer.

Sarah has announced her FIVE top policies to tBg, here they are:

2. Membership could be doubled within the next year, which includes supporting failing Branches and creating new branches in constituencies where there is currently nothing. We should aim to recruit new members and also aim to welcome back members who have perhaps defected or chosen not to renew their membership.

3. We must continue to reengage young people in politics, breaking the stereotype whilst encouraging traditional conservative moral beliefs.

4. I aim to encourage other young individuals to achieve their full potential and see that the sky has no limits. With hard work, dedication, enthusiasm and passion, self-determination and collective responsibility, young people both inside and outside of the party can put their country first to achieve freedom and democracy, the Conservative way.

5. Encouragement of teamwork, between Branches, between Areas and Between regions as well as vertically is imperative. We are all the Future, and the future is bright, but we must pull together in a mature manner to support each other within Conservative Future, and within the Conservative Party as a whole. Through Social-action projects, and actively bringing together young people formally and informally into conservative politics, a successful year, and indeed future lays ahead.

To be fair I have only just sat and read this article properly. Sara-Jane's enthusiasm and consideration for others is extremely enspiring. I look forward to voting for Sarah-Jane in the elections and encouraging others to read this blog, look through her website and use their vote in this category as well.

Not policies per se. More a list of five aspirations. I'd worry about a candidate who can't provide detail.