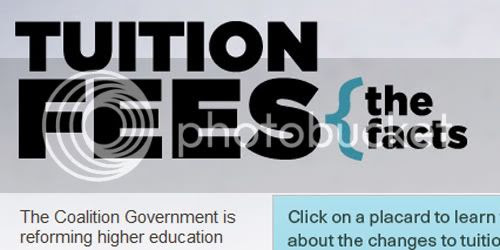 The Government has launched a fact-check website on tuition fees. With the vote to take place in Parliament tomorrow Conservative Future Chairman, Ben Howlett has backed the campaign and says "Conservative Future will be helping make the facts clear in the days and months ahead."


Ben said: "I have been struck by the level of misinformation about what the Government is proposing. Students won’t pay anything up-front and won’t pay a penny until they earn £21,000. And when they do start paying, they will pay back £45 less every month than they do now, while the least well off will pay back less in total than they currently do. Students deserve better than the irresponsible myth-making we have seen in recent weeks..."


It's clear that Tory Youth will be trying to win the argument with the Coalition, that it is right for fees to rise for students in England.