"We've got our Party back". 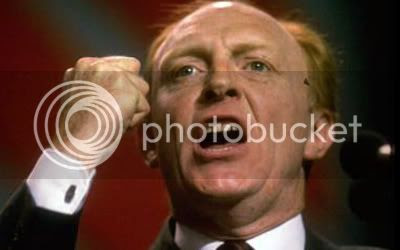 Raging leftie Neil Kinnock believes he has reclaimed his Party.


Kinnock, known for his outrages socialist views and over excitement on the eve of General Elections, said last night after Red Ed's speech: "A trade union delegate leaned over and said 'Neil, we've got our party back'. I thought that was so accurate as an instantaneous response to the leader's speech."

They have also won the Tory party from the looks of the CF elections.

I heard a rumour that Kinnock was briefing Ben Howlett throughout the CF campaign.