Smallwood: "It's been an honour". 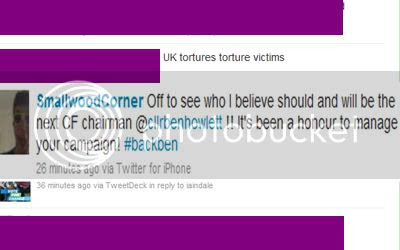 Ben Howlett's campaign manager has tonight paid tribute to the National Chairman candidate, saying he is a "it's been an honour" to manage his campaign. Peter Smallwood is on his way to the Howlett household where they will share a beef roast, and several bottles of wine.


A spokesman for the Howlett camp said: "They're are sharing this evening together as a recap on polices and promises made to CF members. If elected tomorrow Ben Howlett intends to hit the ground running." 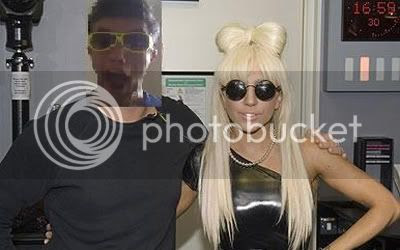 On Friday, "In-the-loop" Smallwood secured Lady GaGa's endorsement of Howlett, as Tweeted by tBg. It has been said they are in a secret discussions about a CF Christmas Party appearance.


CF Chairman for Wales, candidate Zahid Raja, has arrived at Howlett HQ this evening, one source says he says he intends on "getting drunk".

Yet more evidence of Team Howlett wanting to be Simon, they even go as far as to pretend to be friends with Gaga. But we all know Gaga endorsed Simon.

LMAO That is hillarious!

Simon's best friends with Gaga?
Does he realise CF is taking the piss out of him.

The funny thing is Simon is not a loser like Team Howlett, their jealousy of him is vast. Those people in the know, will tell you that at a recent House of Commons party Simon bought a couple of friends along, who happen to be two of the most famous music producers in the world. One of them ( a household name) was very clear that Gaga is on video endorsing Simon.

The thing is Simon hangs out with cool people, because frankly he is not a loser, something which is obviously an issue for team Howlett.

We all want a laugh!

Haha, gimpy little kids still having a pop at somebody who is not even involved, Smallwood is a mentalist.

Team Howlett is not a looser jibe at other.