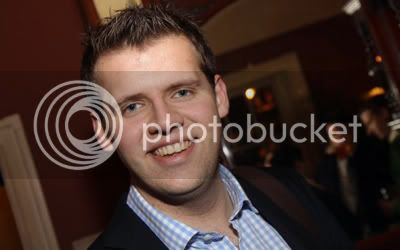 With conference only a few weeks away, Ben has been preparing himself for what could be his first conference as Chairman of Conservative Future.


With opposition camps wondering if they have “given up” or not, Howlett is already planning the first few weeks of his term as Chairman.


He will also be attending events such as the Tory Bear party which looks to be another excellent event.


Ben said: “With the election not long over before Conference starts, it is going to be tough to get some of my policies implemented quickly so I will need to begin the implementation from day one.


I will be working with CCHQ and the Party in order to implement my ideas as quickly as possible. I already have strategies and policies which members have already seen, now it is time to get on with the job."

LMAO! Who does he think he is? Preparing for Conference, yes getting e-mails from fingerprint, lol. The guy is delusional.

Howletts ready to lead! Thank god for that.

Strangely Birmingham CF, don't know much about his "Support" or his "work with" them?

I don't think Howlett cares much for Bush

More of a wood chopper?

At least we know Howlett has a plan of action, unlike the rest of the rabble running.

To go where only 12,000 men and women go each year, amazing stuff, book in that for him.

I am sure the people of Lincoln will welcome him, he made a lot of friends last time he went there.

ah come on TBG. I think i was just a wee bit sick in my mouth.

I bet his is already in CCHQ, sizing up Rocks crown jules, wanting to try them for size.

One good thing, he wants to work with CCHQ, meaning most of the damage he wants to do won't happen, not through them stopping him, but by them displaying their normal competence.

Man goes to conference, I shall be watching the front pages for this one tomorrow.

Apart from Ben Howlett and TBG, does anybody actually like Ben Howlett? I have yet to see or hear many good things about him.

The image of Howlett sizing up Rock's crown jewels is the funniest comment so far, I personally feel sorry for 'Jules' whoever that is

Does Jules have a grater too? If so keep her away from Rock

Does Sarah have the grater?

Howlett really thinks he is a head of state, exactly whats wrong with CF.

He really is a waste of time and space.

Howlett is a fan of big round things.

Howlett is also losing the vote from what I hear.

Shame on him. I wonder, sweep stake, how long till Howlett gets punched at Conference? My bet is by the end of sunday.