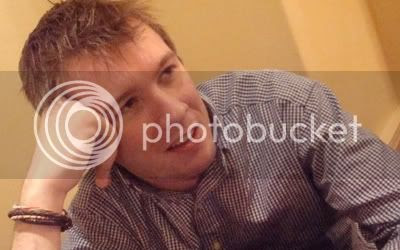 News is reaching tBg's desk that Craig Cox has "given up" and gone into hiding.


A super-source for tBg from inside the Cox campaign said: "Craig has gone into hiding and has basically given up... long was it known that he never wanted the job in the first place."


tBg was inclined to disagree, but almost choked on his sugar cane when he searched 'CraigCox' and #cox2010 on Twitter, and it found nothing. Cox has had no news on his website since September 7th.


Though Craig Cox has been VERY quiet and seems to be no longer campaigning online trying to reach every member, the Cox camp are refuting tBg's source. The Cox campaign has released this statement to tBg:


"Craig and his team would be grateful if you clarified your story and reminded your readers that he is still campaigning, meeting voters, answering questions via email and fighting for every last vote.


He's steering clear of the gossip blogs and focusing on talking to branches about his vision of a united, modern and political Conservative Future. For accurate information on the Cox Campaign, see cox2010.co.uk".

You mean you prefer prima donnas running around grandstanding and smearing others?

Some people do have jobs and for that matter lives outside of Cf. Craig started working for one of the largest and reputable firms in the country last week. Give the man a break. He is clearly a better candidate than Howlett, with better experience, morals and policies.

Does Ben even have a job? I would'nt hire him.

All chairman candidates have a job, if he cannot multitask then how can he effectively lead CF?

Ben works in recruitment.... what a non job, just like this non story!

Ha yes, Cox is invisible, worst campaign to be Chairman ever.

Craig is out there, busy meeting members and effecting real change! Instead of smearing and mis-reporting.

Ben does not have a job, like he does not live in Harwich as he claims to the people who voted for him.

FACT: Cox is no longer on Twitter and has had no news in 2 weeks.

Factcheck: Howlett does not have a job.

Factcheck: Howlett does not live in Harwich as he claims.

Here are a couple of actual facts.

-tBg can no longer find Cox and his campaign on Twitter.

-Ben Howlett does have a job as a Recruitment Consultant.

-Ben lives in Little Oakley, Essex. And has a flat in Fulham, London.

Fact check: Howlett lists his employment on Facebook, ring and ask to speak to him. They say he left some time a go.

Fact check: Ben states that he "has lived in the area all his life" a clearly misleading statement.

Fact Check: Ben uses the tittle Cllr, which in fact he should not as a Parish Council (which Harwich is) does not warrant the usage of the title.

Fact Check, his parents live in Essex. Fact Check: He lives in Putney (Not fulham) with numerous housemates.

Fact Check: Ben Howlett may well have written this story.

I would rather stick my dick in a cheese grater than vote Howlett!

Howlett lives in Fulham, Parsons Green. Someone is annoyed they haven't been invited to one of Howlett's legendary house parties

Parsons Green is in the London Borough of Hammersmith and Fulham. Now please get over it.

But he is the kind of guy who would live in Kilburn and claim he lived in Hampstead, that's Ben, Posh Spice, Howlett for you.

Yes, exactly, Hammersmith and Fulham, but it's not Fulham. It's a pretty simple one. Same as Mayfair and Leicester Square both fall into Westminster.

Fact Check: Little Oakley is not Harwich! He claims to his "Local" voters in "Harwich" to be a resident of, Er, Harwich, yet he tells TBG he lives in, er, Little Oakley! Umm a curious case.

Wow, he has a great track record! So that's one meeting this year he made.

So it seems Ben Howlett has but one skill, saying things which are not exactly factually correct in return for the prospect of election to a fairly meaningless position.

If Howlett wins I will resign my party membership, after what he did to a friend of mine who supported somebody else, I can not be a member of any organisation that condones that kind of behaviour.

Howlett can't even decide what to tell people, when asked a simple question, like where do you live? He says Essex to Essex voters and London to National voters, why not tell the truth? He lives in Parsons Green, a yuppy part of West London, designed for people who can't afford Fulham.

Parsons Green is in Fulham? Goodness me, have people got better things to do with their time? YAWN

Nope, Parsons Green is next to Fulham but is not Fulham. It's simples, but some people lie to make it sound like they live somewhere better than they do.

Obviously someone has gotten so excited over their Ordinance Survey map, the pages may be sticking together by now.

How will they negotiate their way around Lincolnshire?

Cox is working hard, we met him the other day very impressive chap. He came along, sat down, had a pint and a chat. Solid ideas, when Ben came all he did was attack Craig and Simon.